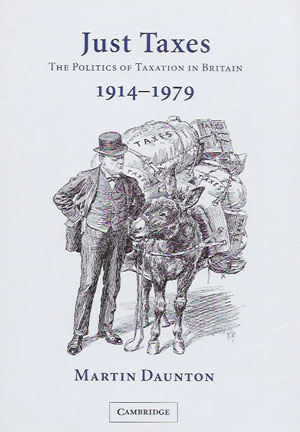 In 1914, taxation was about 10 per cent of GNP; by 1979, taxes had risen to almost half of the total national income, and contributed to the rise of Thatcher. Martin Daunton continues the story begun in Trusting Leviathan, offering an analysis of the politics of acceptance of huge tax rises after the First World War and asks why it did not provoke the same levels of discontent in Britain as it did on the continent. He further questions why acceptance gave way to hostility at the end of this period. Daunton views taxes as the central driving force for equity or efficiency. As such he provides a detailed discussion of their potential in providing revenue for the state, and their use in shaping the social structure and influencing economic growth. Just Taxes places taxation in its proper place, at the centre of modern British history.