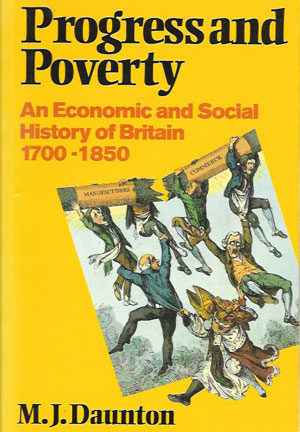 Previous textbooks on 18th and 19th century Britain have tended to be written either from a social and political standpoint, or about economics in the abstract, as if the history could be reduced to statistical analysis. The aim of this book is to incorporate the revisionist work on British economic growth, which deals impersonally in broad national aggregates, with the work of social and political historians. It stresses the connections between the economy and debates over public policy, and examines the regional variations in agriculture and industry, with particular attention to the differences between England and Scotland. Much revisionist work concerns the operation of assumed national markets; the aim of the book is to show how these markets were formed, and how a national economy was created. The British economy underwent major strucrual change over the period from 1700 to 1850, as population moved from agriculture and rural life to industry and towns. Martin Danton gives a clear and balanced picture of the continuity and change in the early development of the world’s first industrial nation. His book will become prescribed reading for all students of 18th and 19th century British history, and for economists studying the industrial revolution.

The Political Economy of Public Finance