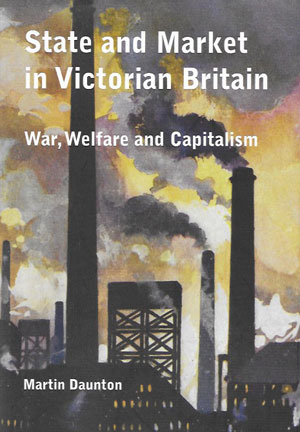 State and Market in Victorian Britain

In the course of the nineteenth century, the economic structure and policies of Britain were remade, as the costs of the “fiscal-military” state which fought successful wars against France were cut, and monopolies gave way to free trade, while monetary policy was determined by the automatic operation of the gold standard. However, the result was not, as might be expected, the triumph of laissez faire; there was continued concern about the moral and social consequences of economic change. In this magisterial collection, Professor MARTIN DAUNTON looks at the connections between state and market in this period, and the ways in which all society was affected. He argues that central to the politics of Victorian Britain was determining where the line should be drawn between private profit and social costs – a task that implicated the courts and politicians in defining the nature of capitalist society. The outcome was not determined by “gentlemanly capitalists” comprising landowners and financiers who dominated the state and denied a voice to industrialists and their workers. Rather, the choices reflected the interplay between all interests, including those of the state itself.