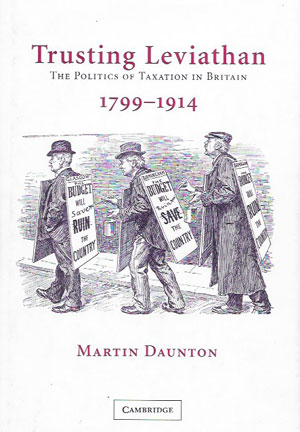 Professor Martin Daunton’s major study of the politics of taxation in the ‘long’ nineteenth century examines the complex financial relationship between the state and its citizens. In 1799, taxes stood at 20 per cent of national income; by the outbreak of the First World War, they had fallen to less than half of their previous level. The process of fiscal containment resulted in a high level of trust in the financial rectitude of the government and in the equity of the tax system, contributing to the political legitimacy of the British state in the second half of the nineteenth century. As a result, the state was able to fund the massive enterprises of war and welfare in the twentieth century. Combining research with a comprehensive survey of existing knowledge, this lucid and wide-ranging book represents a major contribution to our understanding of Victorian and Edwardian Britain.